I’m not the biggest hockey fan, and despite my team not making the playoffs this year, I always have questions about the NHL.

Previously I have asked on my blog ‘How many Canadian players are on the New York Rangers & the LA Kings?’ This was from the 2014 playoffs.

Us Canadians usually end up having to watch American teams compete in the Stanley Cup Finals, and when your team doesn’t make it what happens from there? Is it time to throw in the towel? Usually not. Perhaps you have a second team or a specific player that you’d like to see win the cup.

For me, I have a friend who loves Alex Ovechkin so we would typically go for wings and cheer on the Washington Capitals. I grew interested in the team and loosely began to follow them.

I’m typically a goalie fan and Braden Holtby did not let me down. Curiously, with the great goalies remaining in the conference finals right now, I wanted to know how much they make.

So how do you decide what team to cheer for? Leave your comments below.

Goaltender salaries sourced from this link. 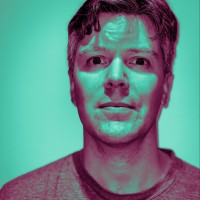 How many Canadian players are on the New York Rangers & the LA Kings?